Matteo Bastianelli (b. 1985) is a freelance documentary photographer and filmmaker based in Rome, Italy. He is a member of Italy's National Order of Journalists since 2009. Above all he works on long-term projects related to social, environmental and human rights issues, with a keen interest in consequences of wars and their effects on those who live through it, focusing on the theme ofmemory and identity. In 2012 he was nominated honorable member of the international team of experts for the “Institute for Research of Genocide” in Canada. The Bosnian Identity is his first book and documentary film, Vittorio de Seta prize for the director of the best documentary film at BIF&ST- Bari International Film Festival 2013. He was a member of Reportage by Getty Images Emerging Talent till 2014. His images and videos have been published and commissioned by a number of media outlets, NGOs, national and international magazines, such as Al Jazeera, Burn, CNN, Der Spiegel, Discovery Channel Interactive, D- La Repubblica, El Pais, Il Corriere della Sera, International Committee of the Red Cross, Internazionale, International New York Times, Lens - The New York Times, L'Espresso, L'Europeo, L'Oeil de la Photographie, La Repubblica, La Stampa, MSNBC, National Geographic USA, National Geographic Italia, Newsweek Japan, PDN, RTL News, Rhythms of Taipei, Super 8-La Repubblica, Stern, TIME Lightbox, Vanity Fair, among others. His projects have been shown in Belgium, Brazil, Estonia, France, Germany, Iran, Italy, Spain, Portugal, Turkey, The Netherlands and USA. He has received various significant awards for his work, among which PDN’s Photo Annual, Marco Bastianelli Prize for the Best First Book, Emerging Talent Award at Reportage by Getty Images, Canon Young Photographers’ Award, Honorable Mention from the NPPA- Best of photojournalism, finalist for the Burn Emerging Photographer Fund, Fotovisura Grant, PixPalace-Visas ANI and the Lumix Multimedia Award. In 2013 he started working on Souls of Syrians, a new multi-platform project which stems from the concern to document, in a very profound way, the effects of war on the life of Syria’s lost generation. Souls of Syrians received the Italian Doc Screenings Development Award for best documentary film in 2015, the AP32- American Photography Awards in 2016 and was a finalist at Luchetta Prize in 2017. The project, still ongoing, it is a means to overcome the climate of fear that the influx of refugees has caused in many European countries, by humanizing people through a direct and sincere contact with them. New projects are under and away in Italy and Albania, where since 2016 he has been working on Green gold, which aims to highlight the dynamics linked to the Cannabis business in Europe and to analyze the effects of Prohibition. The project has been published as cover story of 2017 June’s issue of National Geographic Italia and along with an interview on National Geographic Photography USA. Green gold was also screened on September 2017 during the International Festival of Photojournalism "Visa pour l'image" in Perpignan, France. 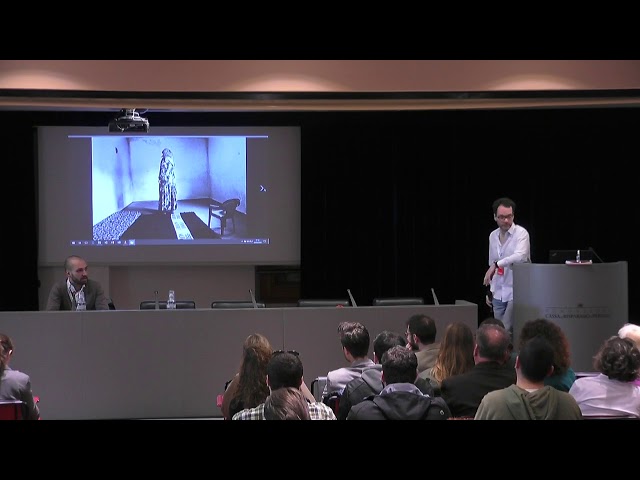 Identity and memory. The human face of photography and documentary

In conversation with photojournalist Matteo Bastianelli. Moderated by Alessio Jacona. Photography and cinema; two complementary languages that together constitute the most powerful means to recount w...